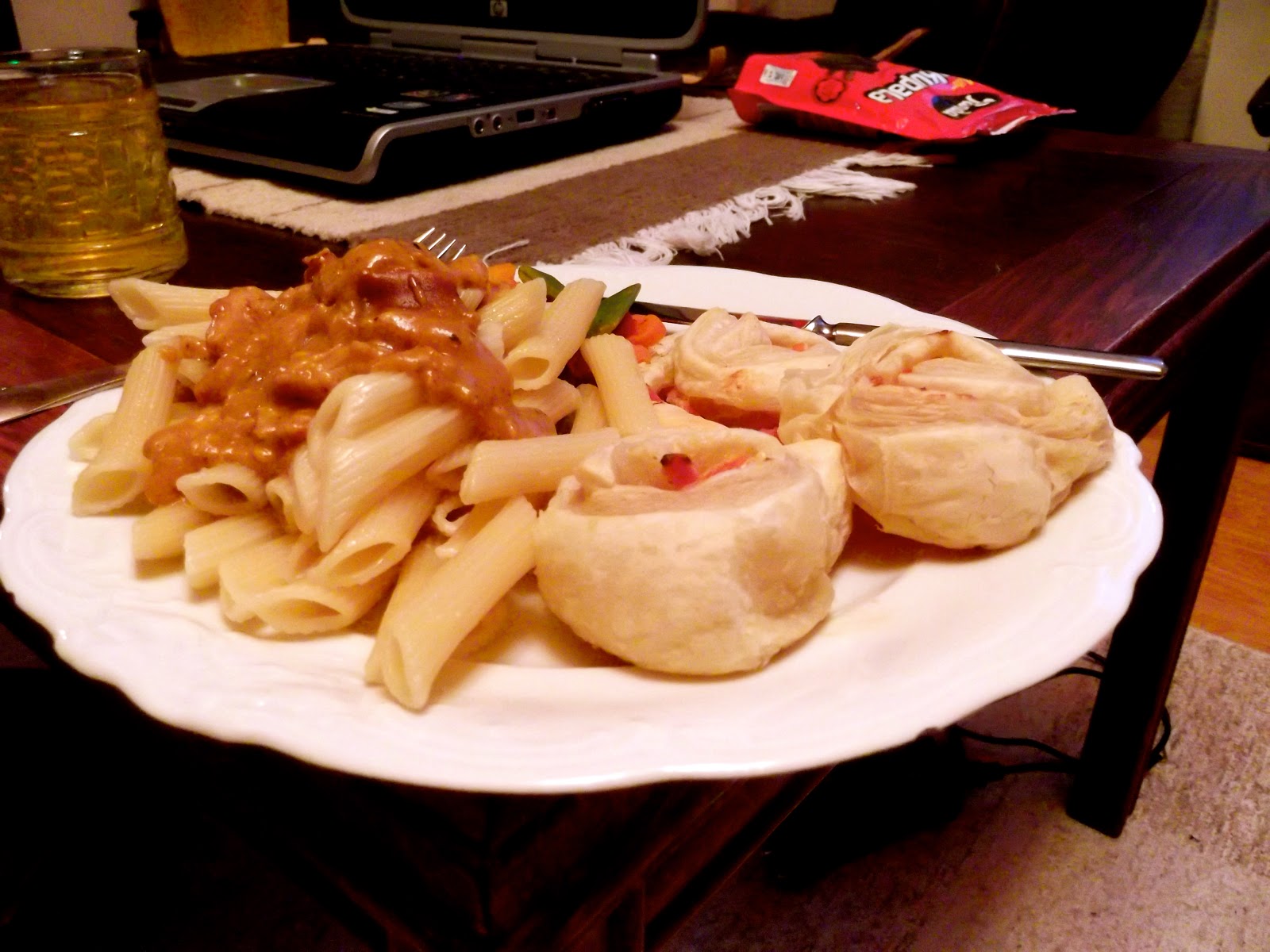 Thanksgiving is a time for family and friends. Since my family is on another continent, I had a great day with friends. As turkey is somewhat rare here and most American thanksgiving food is not available at restaurants in Äetsä, we made some great food in Miias house (the redhead). So, thank you friends, thank you family, and thank you rotary for making this possible 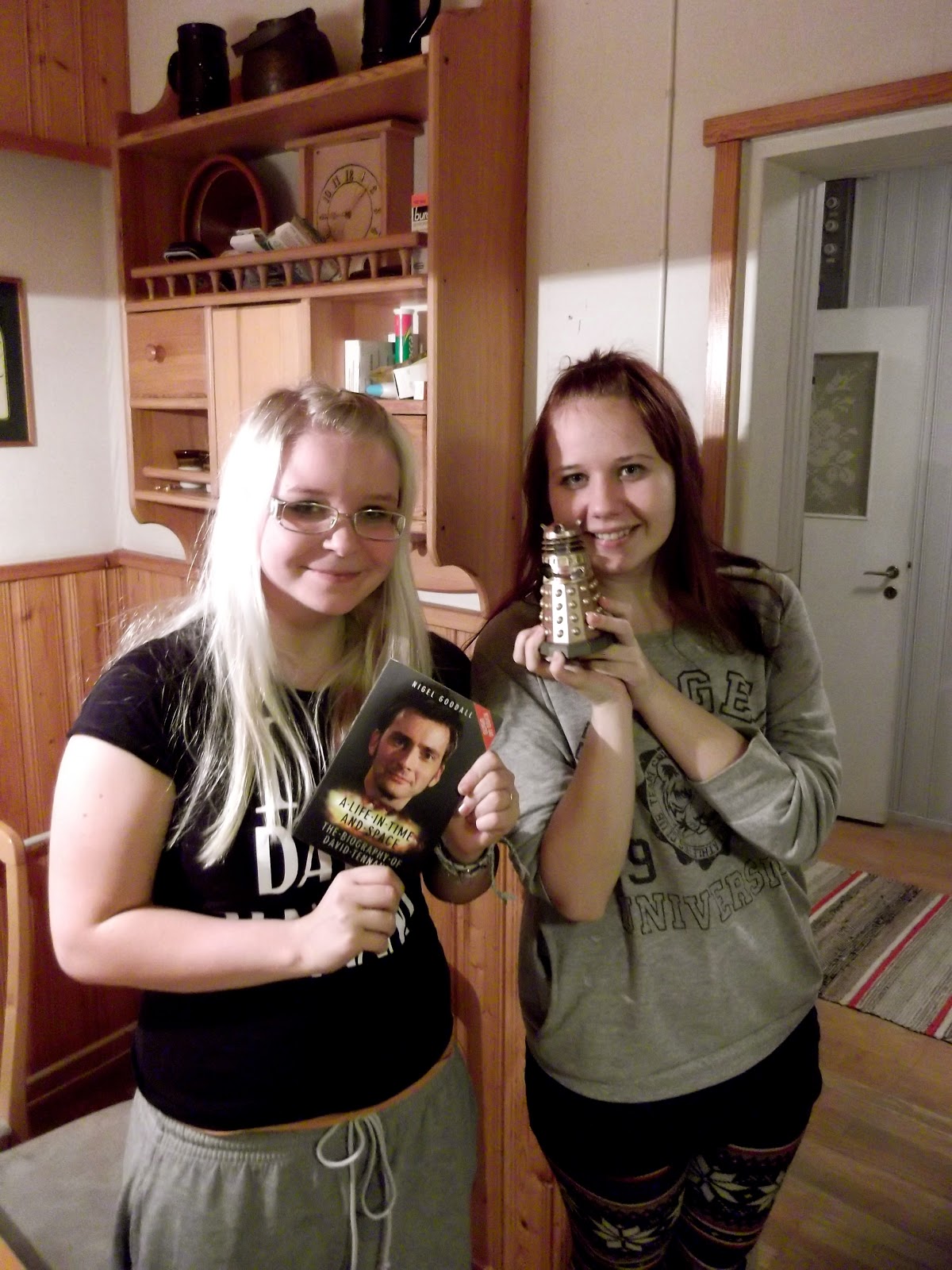 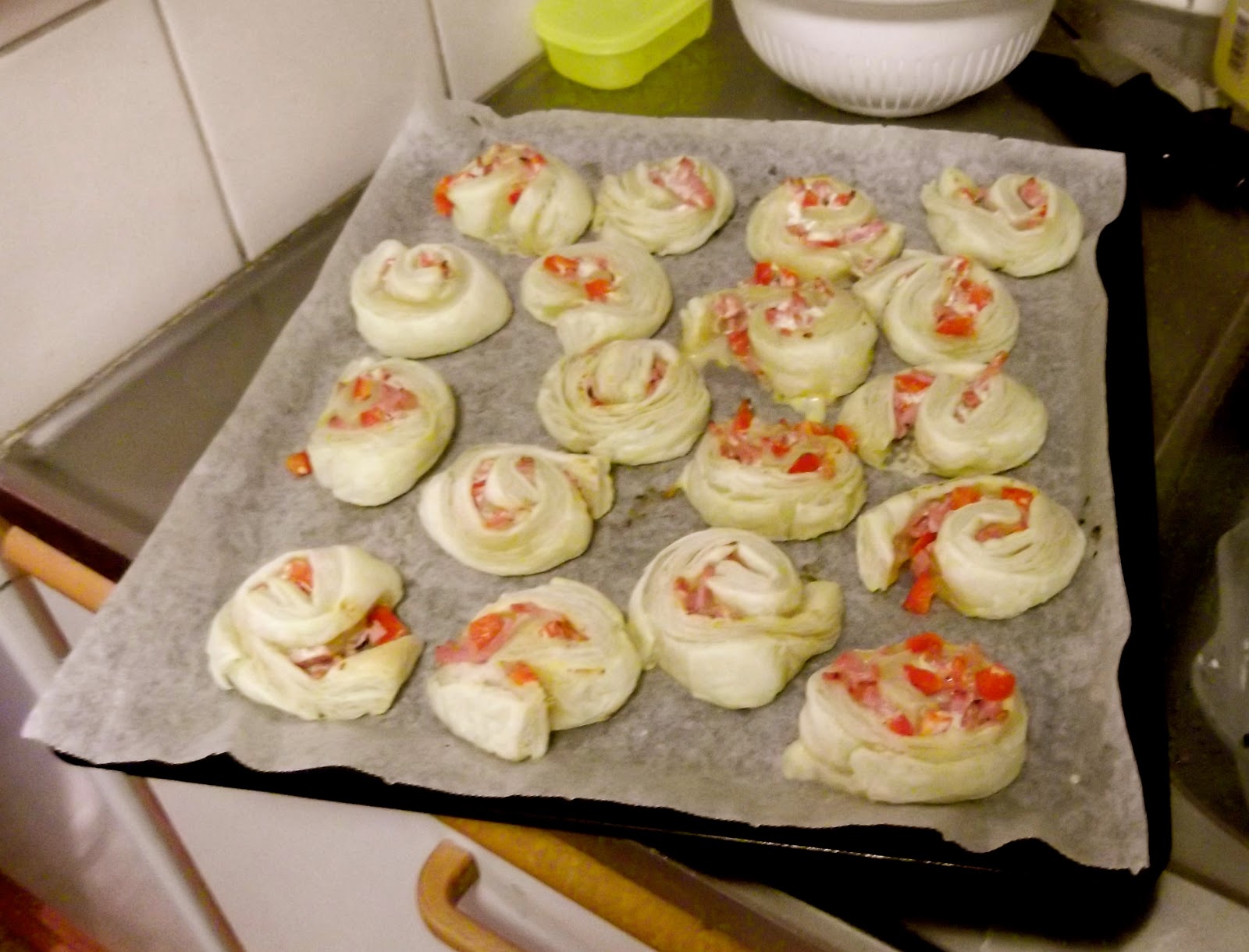 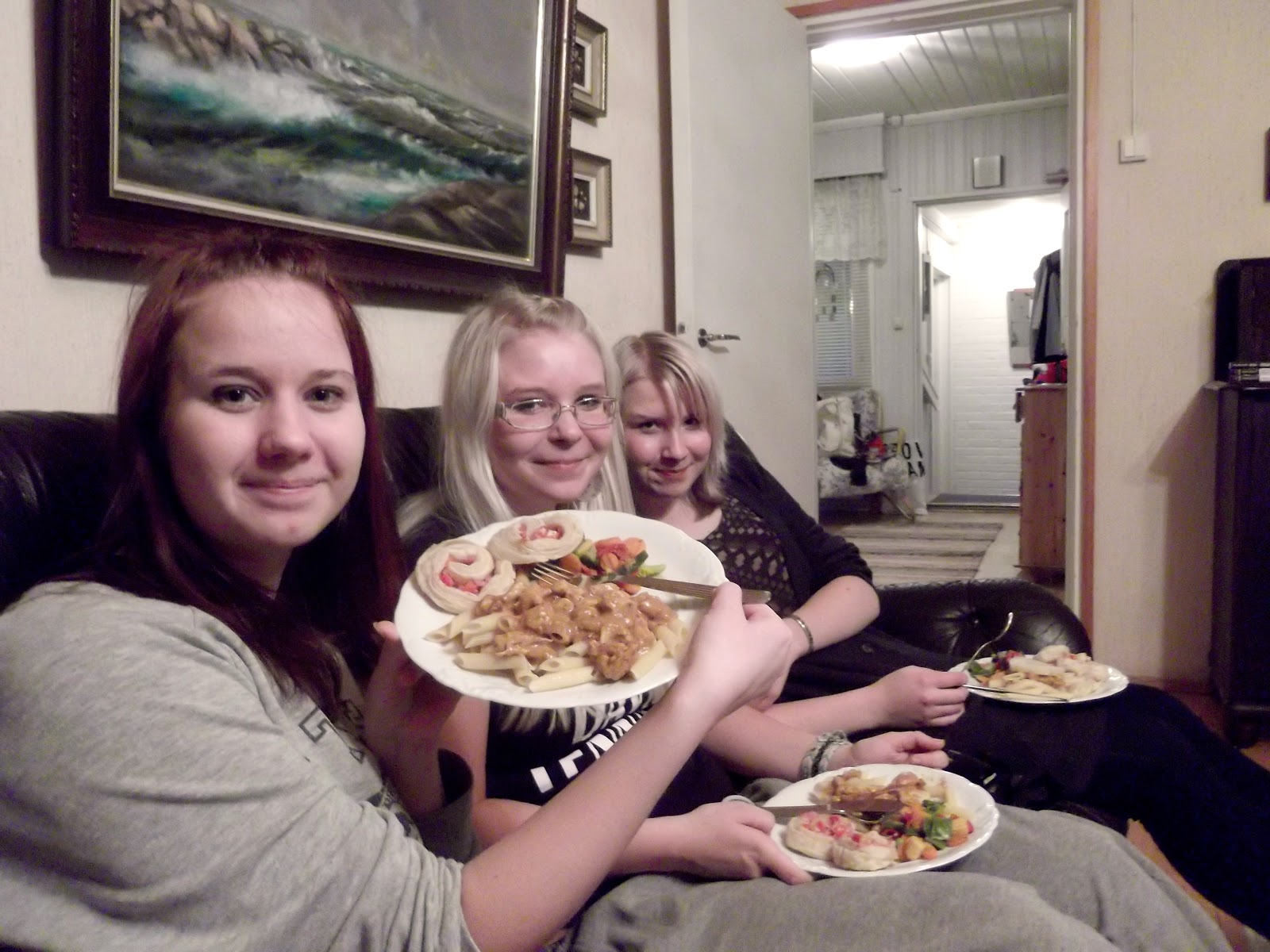 'Food for all, also Doctor Who on computer infront of us' 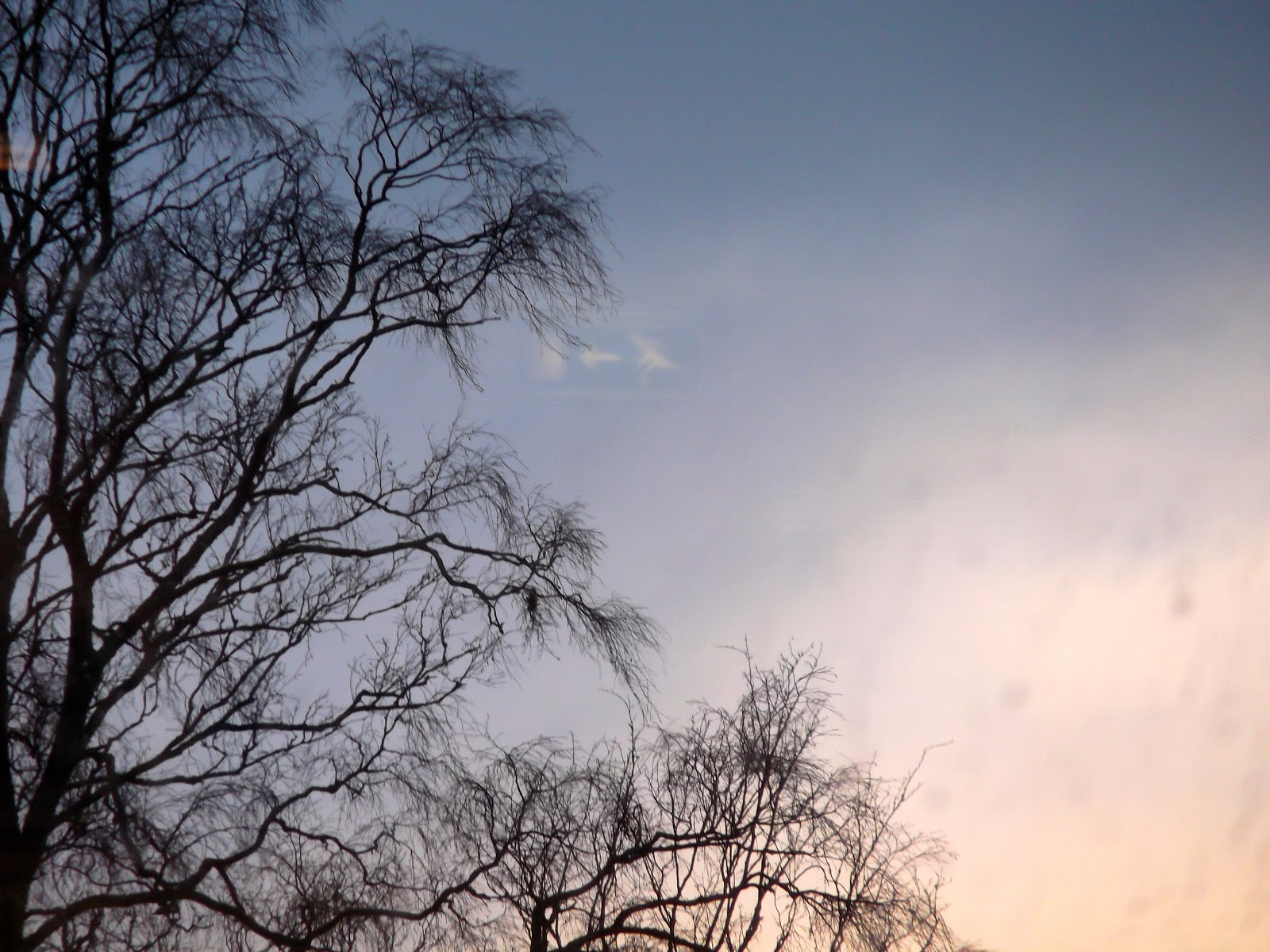 I need to thank my mom for supplying the idea behing this long belated post. Supermarkets such as the K market that is pictured here are not immediately that different from American ones. It is big, has many items and a whole section devoted to candy: 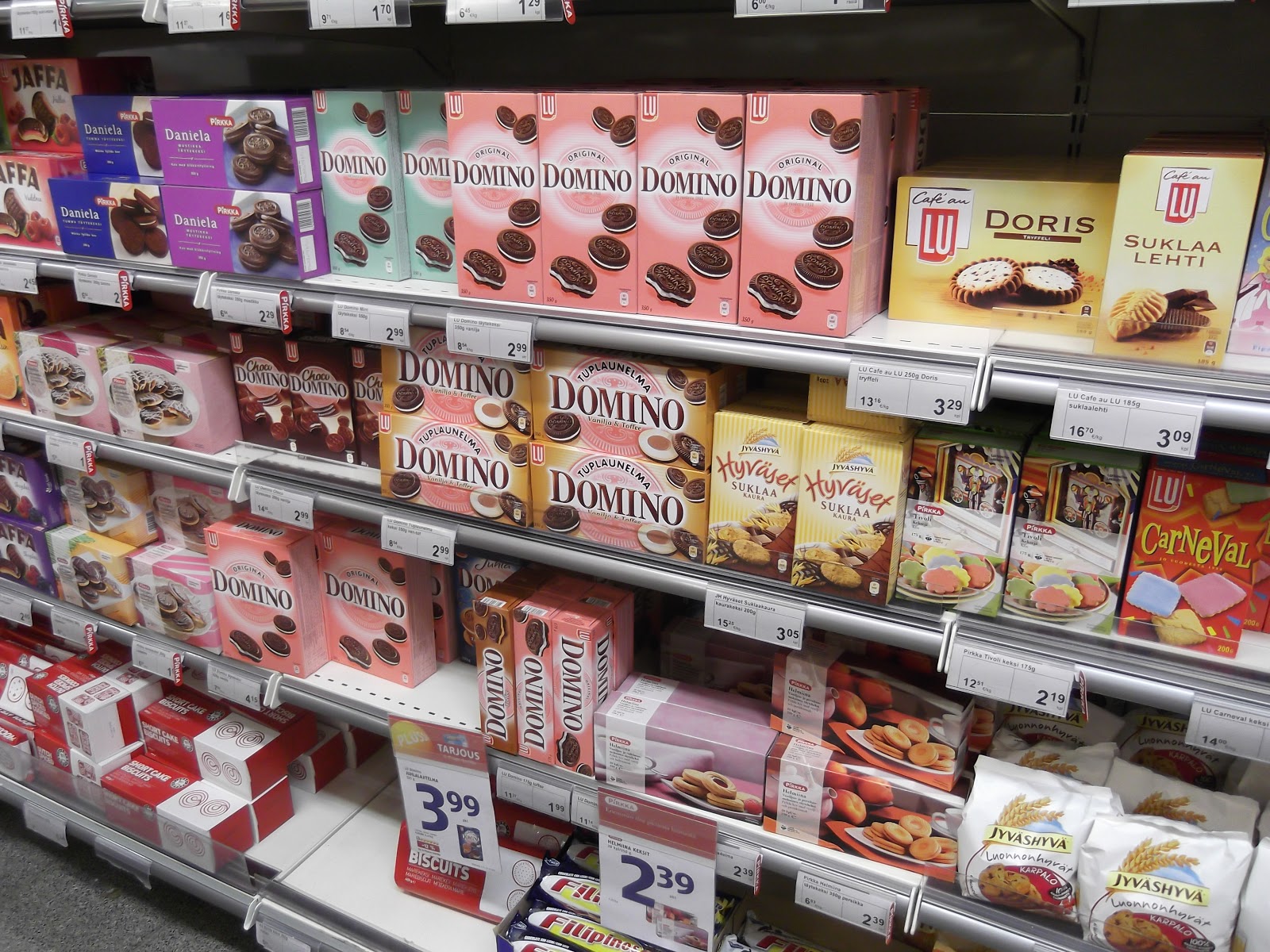 Then you start looking at the brands, things are a little different here. Instead of Oreos (Of which there are none in finland) there are "Dominoes" instead of snickers there is Suklataa baari (Chocolate bar) and most depressingly none of the chocolate is Hershey's. Also things say "American" that are obviously not American 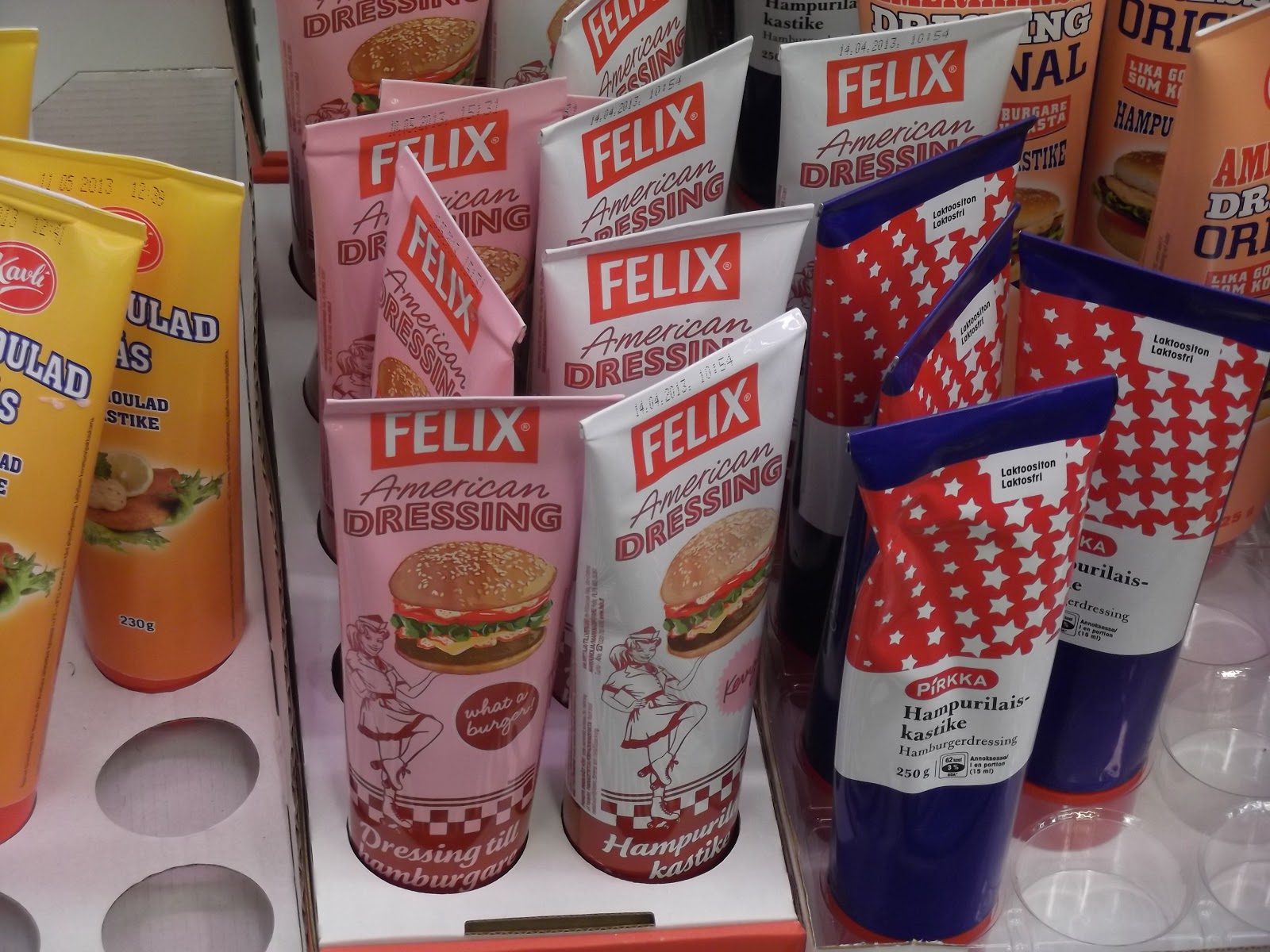 Trust me, it is not American Dressing!
However, there is also a magical candy bar that transcends everything else. The Tupla bar is a combination of chocolate nougat and a type of nut that is places on a twinky-like piece of cardboard and sealed two to a bag. It is wonderful! 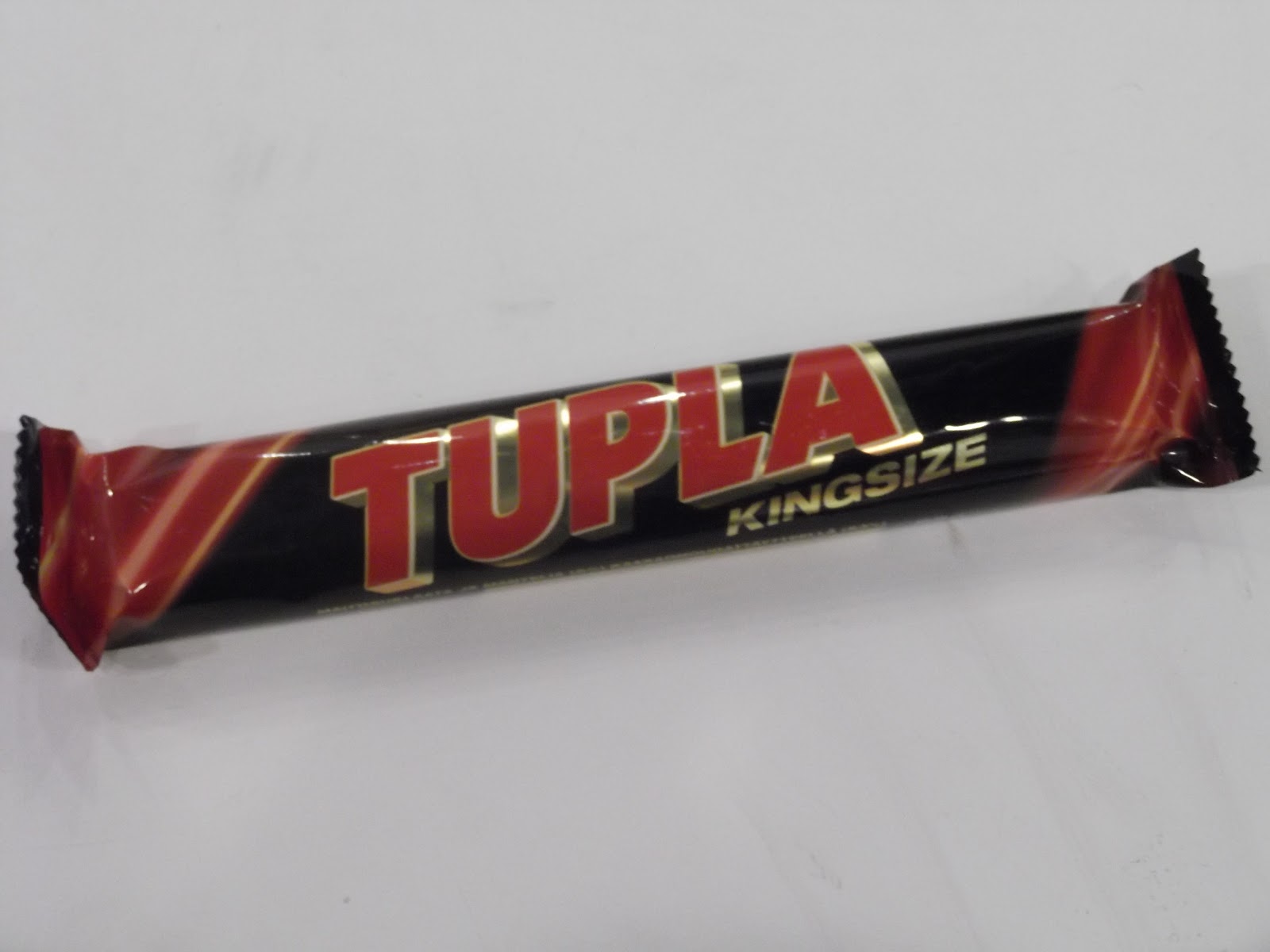 'I am to Noah what the ring was to gollum'

Posted by Unknown at 2:26 AM No comments: 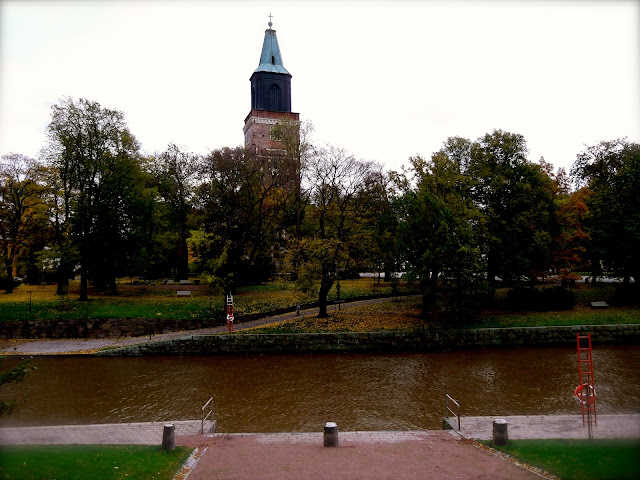 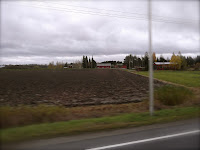 This post will be about the day trip I took to Turku, Finlands third largest city and one of the coolest ones I have been to so far. The trip there was nice, it was a quiet buss ride with a cool driver. He was playing reggae the whole way there. In Finland, you can take a bus anywhere. The bus system is much more sophisticated than in America and you can have a bus card or pay in cash. In Finland, there are no checks. 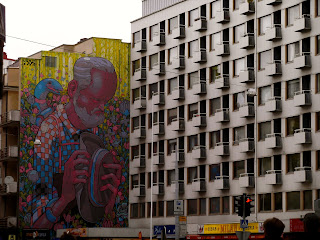 Once I finaly got to the city, I whipped out my camera- so many sights and so little time!  This guy was painted on a building. I was trying to get to the centrum- a big square in the middle of town and got a little lost, no worries though. I just got better picture opportunities. 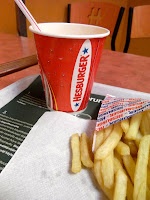 First thing to do- Find a Hesburger
it is like Finnish Mcdonalds but better and is the reason Finland is the only country where Mcdonalds can't turn a Profit. Another reason is that in FI, people like to buy products made in Finland, this passive nationalism, I think, is one of the main reasons for Finlands success despite its size 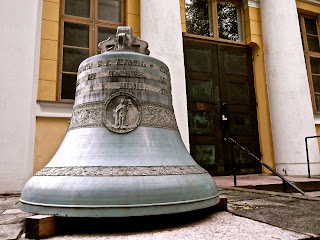 A Squirrel- Probably no significance other than cuteness, still worth mentioning though, these are the normal squirrels in FI, they are darker and have diffeent ears than their American brothers 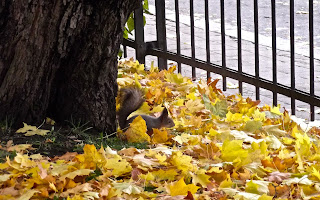 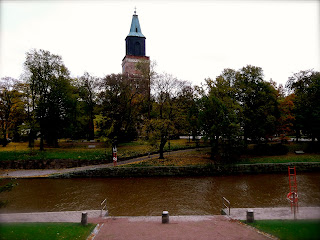 Restaurant called Smileys, was cheap but good. (I ate half a Pizza) 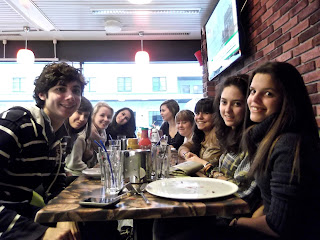 Posted by Unknown at 8:05 AM No comments: 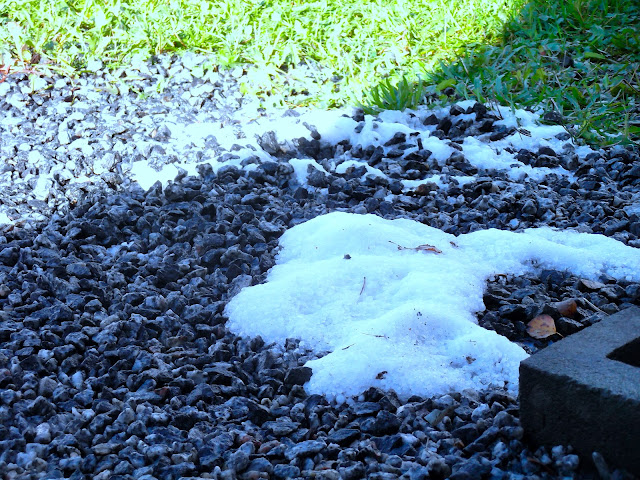 It turns out, I am in Finland
Posted by Unknown at 9:57 AM No comments:

This tuesday, me and my host sister hopped on a buss and went all the way to the capital to see the current #1 band on itunes: FUN.

We got there very early and met up with some other exchange students in Helsinki and did a little touristing. Helsinki is very beautiful.
Then we got in line. 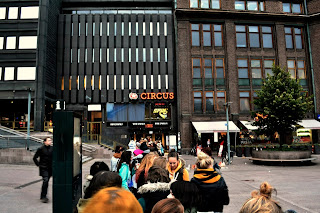 About an hour and a hot chocolate later... 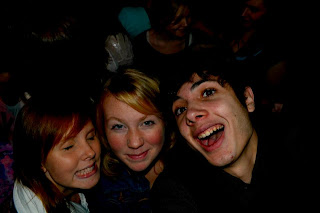 We were in. Here you see me (right) an alaskan named Katy (Center), and My sister, Jenni (Left).
Then the opening band started playing 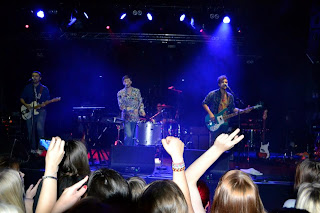 They are called Walk the Moon and they were amazing. They has a great sound and seemed generally impressed by the amount of enthusiasm that we had, It was their first time in Finland and whey where loving it!
Then the lights got dark and 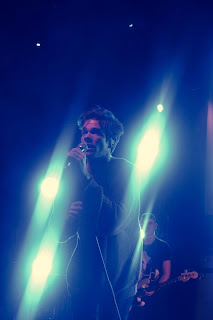 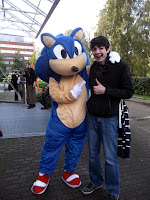 Short post: On saturday I went to tempere and there happened to be a comic-con type festival-here are pictures. It cost 15 euros to get in so i didn't but people went outside in their costumes and stuff for pictures and stuff, I was amazed at how mant people I recognized.
Posted by Unknown at 12:39 AM No comments:

I wanted to let you know what I've been up to this week!

I went shooting with Vesa-My host dad. He used to be a shooting instructor so it was all very safe(Mom). We shot at targets they where very far away and I hit the bull eye a couple of times. It was much less scary than I thought it would be! I kept the casing from my first bullet as a souvenir. 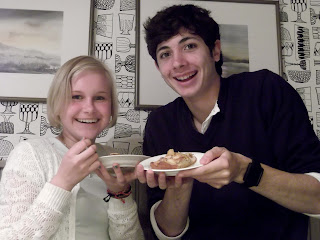 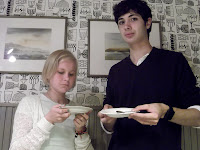 I Had blood sausage! The finnish version is rice and cow blood and is a very hearty food. we bought it is a market in Vammala and it came with a wine
berry jelly

I saw a play! It was in finnish, so I had to guess what was going on but I realized that it all was understandable! I have really learned monta suomea, minä olen tosi hyvän!

I have made many foods! Mostly baking though. Here is a slide show of food, Enjoy

I will really miss Yli-Hongisto but they will still be at school and at rotary meetings and I will see them often. 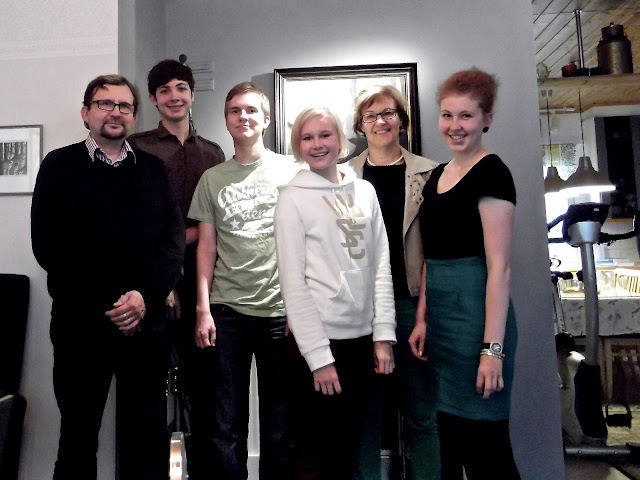 Posted by Unknown at 1:04 AM No comments: 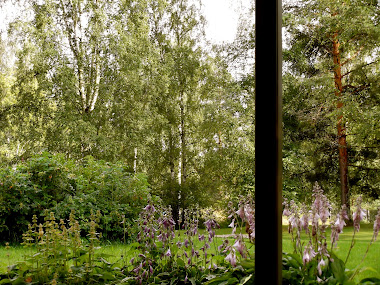